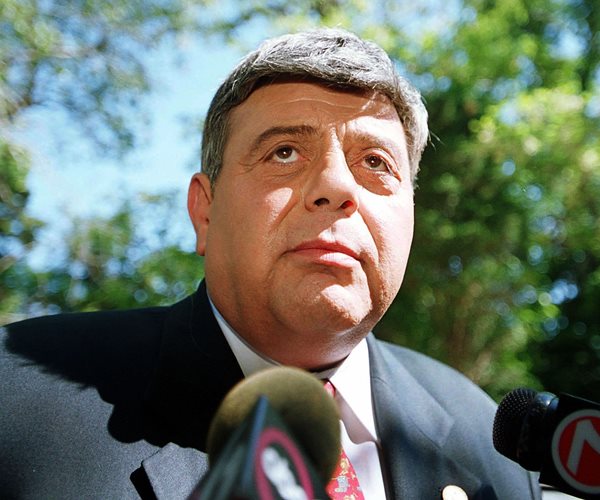 Former Mayor Buddy Cianci, the wisecracking political rogue who presided over the revitalization of Providence during two stints in office cut short by criminal charges and a prison sentence for corruption, died Thursday. He was 74.

WLNE-TV said Cianci was taping his weekly TV show, “On the Record with Buddy Cianci,” on Wednesday evening when he had severe stomach pains and was taken by ambulance to a hospital. A hospital spokeswoman said he died Thursday morning. She did not release the cause.

Despite his criminal record, Cianci was beloved by many in the city who credited him with resurrection of Providence from a decaying, Industrial-age relic to a 21st-century city with gondolas plying newly uncovered rivers. His bare-fisted style of politics made Cianci larger than life even in a tiny state known for the outsized personalities of its public figures.