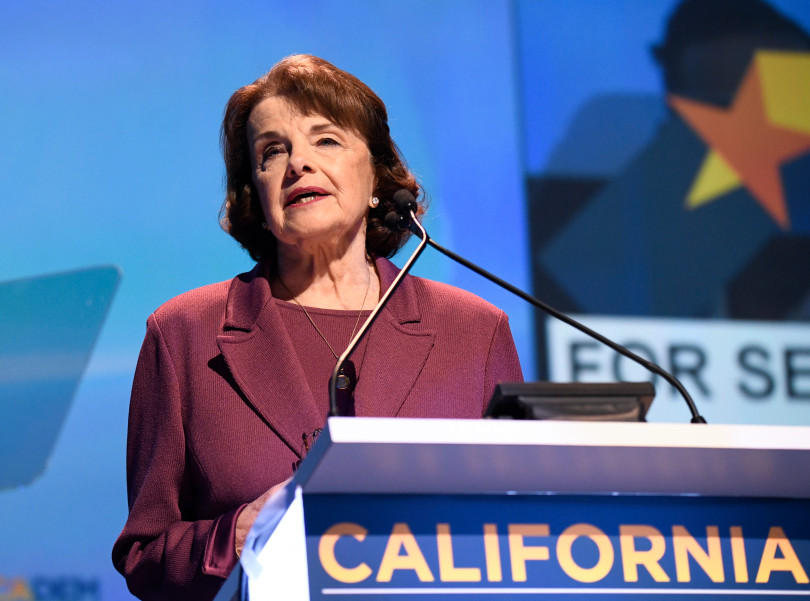 SAN DIEGO — In a surprising show of discontent with one of California’s most enduring political leaders, the state Democratic Party declined to make an endorsement in this year’s U.S. Senate race on Sunday, snubbing Sen. Dianne Feinstein in her bid for a fifth full term.

Her main challenger, State Senate leader Kevin de León, won the support of 54 percent of delegates at the state party convention here this weekend, short of the 60 percent needed to secure the party’s endorsement. Feinstein received only 37 percent of the votes.

The rebuke of Feinstein by the party delegates comes even though the 25-year incumbent has led polls by wide margins and received the backing of political luminaries like Sen. Kamala Harris and House Minority Leader Nancy Pelosi.

The results were a sign of unrest among many liberals who believe Feinstein should do more to challenge President Trump — and a testament to de León’s insurgent message resonating with the party’s activist left flank. “The outcome of today’s endorsement vote is an astounding rejection of politics as usual,” he said in a statement.