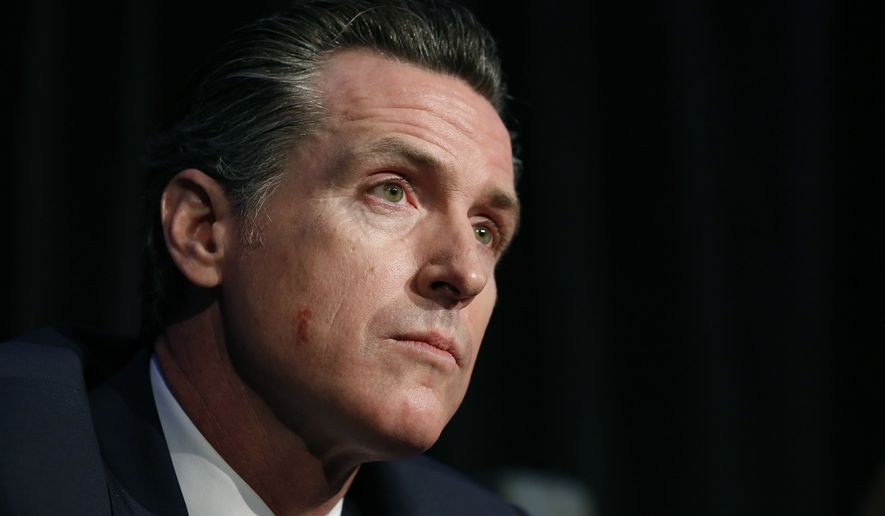 California on Wednesday rejected the Trump administration’s massive offshore oil drilling proposal, vowing that “not a single drop” of new fuel will ever come ashore in the state.

The declaration could spark a legal standoff between California and President Trump, who is pushing a plan to open roughly 90 percent of America’s waters to oil drilling. Virtually all areas off the East Coast, with the exception of Florida, will be opened to drilling, as will all waters in the Gulf of Mexico, off the West Coast, and in Alaska.

In a harsh statement Wednesday, California Lt. Gov. Gavin Newsom said the state will refuse to allow any of its pipelines or transportation systems to move offshore oil.

“I am resolved that not a single drop from Trump’s new oil plan ever makes landfall in California, where our leadership in reducing emissions and curbing pollution has enabled exceptional economic growth,” Mr. Newsom said. “We will not be complacent in the face of Donald Trump’s deliberate partisan assault on California, its people, and its economy, and we will use every tool available to resist his cynical, regressive agenda.”

The Interior Department removed Florida from the drilling plan after loud objections from Gov. Rick Scott, a Republican. Other East Coast governors, including Republicans in South Carolina, Maryland and Massachusetts, also have said they oppose the proposal.