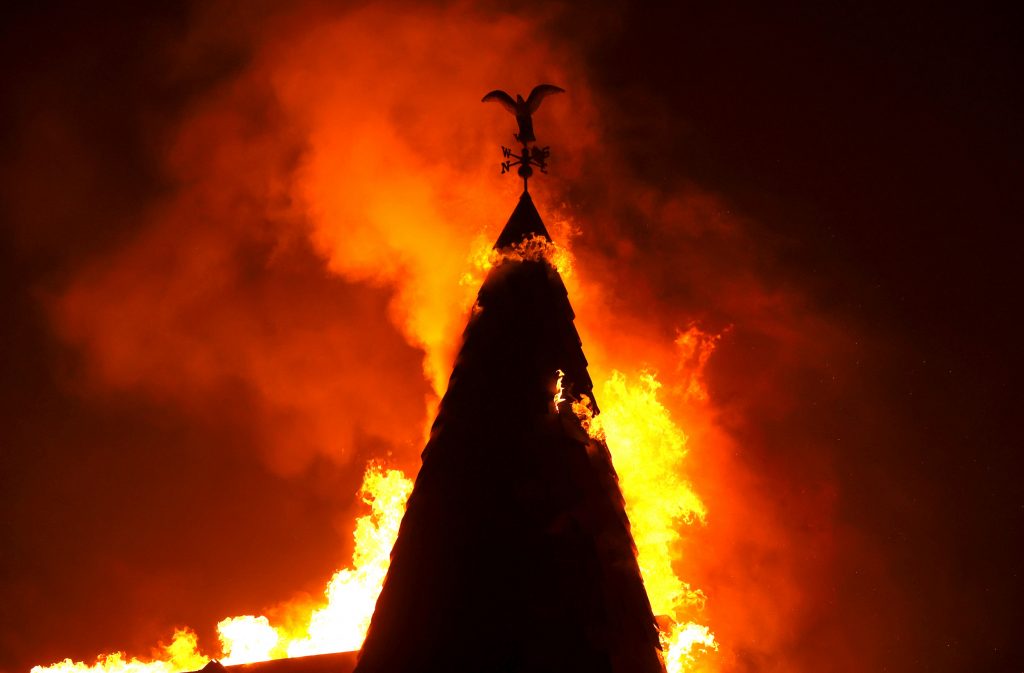 The Glass Fire in California has burned the Chateau Boswell Winery in St. Helena, which dates back to 1979 and is among a handful of privately owned family wineries in the Napa Valley.

“The #GlassFire has consumed the Chateau Boswell Winery and other structures along Silverado Trail in St Helena . The fire is currently zero percent contained,” noted a San Francisco-based photographer for Getty Images, Justin Sullivan, in a post Monday sharing images of the scene on his official Twitter account.

The Black Rock Inn near the winery was also reported to be engulfed in flames from the Glass Fire, the Bay Area’s SFGate reported.

“Multiple structures” were reported to be burning from the “out of control fire,” Sullivan described in a post Monday sharing a video of the burning inn, which was incorrectly identified in the tweet as the Glass Mountain Inn, SFGate reported.