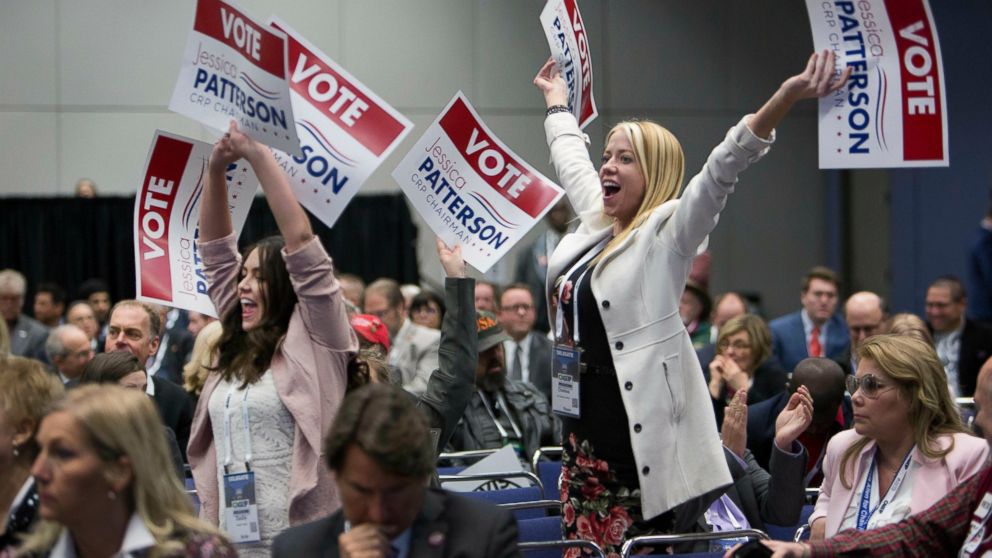 The California Republican Party’s delegates had to decide where the party would go next with its leadership, and a majority of about 1,200 delegates chose Jessica Patterson, who previously headed a Republican candidate recruitment and training program.

Trump’s election fueled what was already a downward slide for California’s Republicans, who have not won statewide office since 2006 and rank as third party status in voter registration behind Democrats and independents.

The 2018 election pushed the party further toward the brink of extinction in the nation’s most populous state, with Democrats flipping seven U.S. House seats once considered GOP strongholds and Republicans holding less than a quarter of state legislative seats.