Calls For Texas Independence Surge In Wake Of Brexit Vote 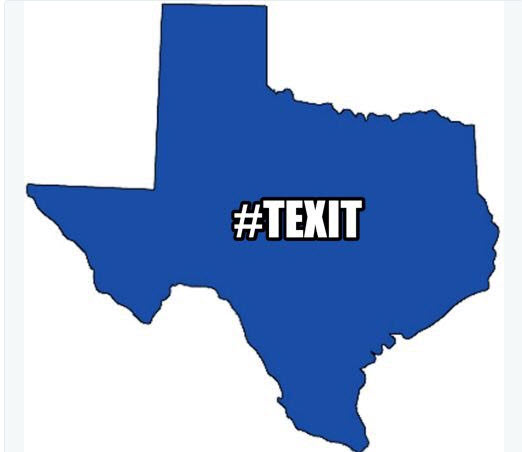 After residents of the UK voted today to leave the European Union, the movement for an independent Texas may be gaining serious momentum, with thousands online calling for a “Texit.”

The largest group agitating for secession is the Texas Nationalist Movement, which has been promoting its own version of Brexit, called Texit, over the past several weeks. The group has taken inspiration from the pro-exit campaign in Britain, noting that the two movements share many of the same principles. Daniel Miller, president of the TNM, told Australian website news.com.au, “The vast majority of the laws, rules and regulations that affect the people of Texas are created by the political class or unelected bureaucrats in Washington” — a sentiment which echoes the arguments made by the British Leave campaign.

Vocativ analyzed use of the phrase “Texit” since the beginning of 2016, finding that use of the phrase exploded when the Brexit results were announced on Friday, June 24. As of publication, more than 5,800 people on Twitter used the phrase, a five-fold increase from the day before. 1,745 people tweeted about Texit between 7:00 and 8:00 AM London time, the hour when the final results were announced, with more than 3,000 Texit tweets posted in the hours since.