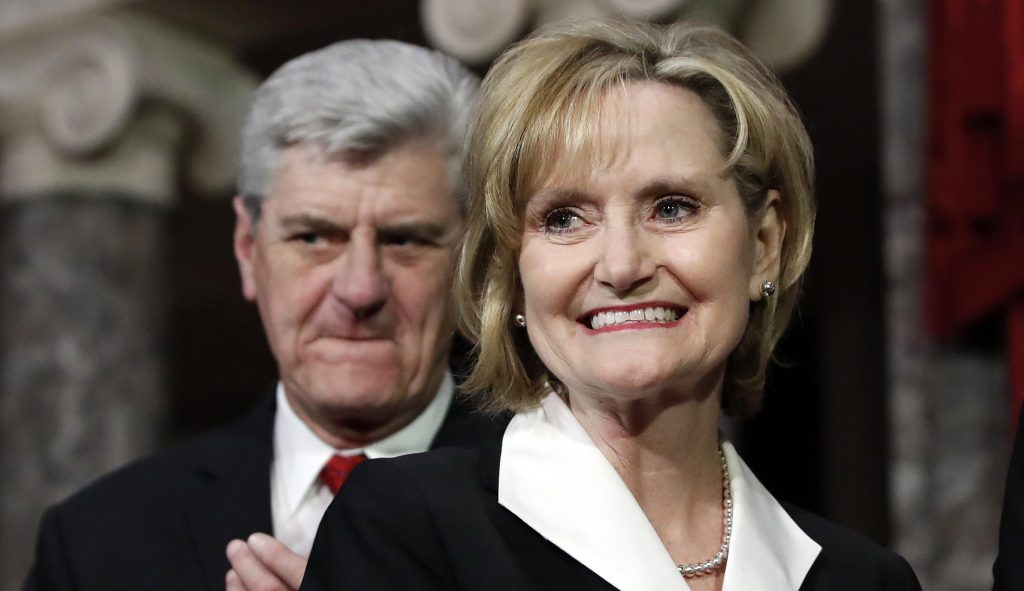 Mississippi Sen. Cindy Hyde-Smith has a 10-point lead over her Democratic opponent Mike Espy ahead of a runoff Tuesday, indicating that the Republican may yet endure a flurry of controversies that threatened to derail her chances in a deep red state.

A public poll conducted last week by RRH Elections, which FiveThirtyEight considers to be a conservative blog, shows Hyde-Smith with 54 percent to Espy’s 44 percent, double the lead she had in a private Republican poll reported by the New York Times on Tuesday.

Hyde-Smith, who tied Espy on Election Day, became embroiled in a series of racially charged controversies that opened up a line of attack for her political rivals.

Among the missteps, Hyde-Smith was caught on video earlier this month joking about how she would sit in “the front row” of a public hanging.