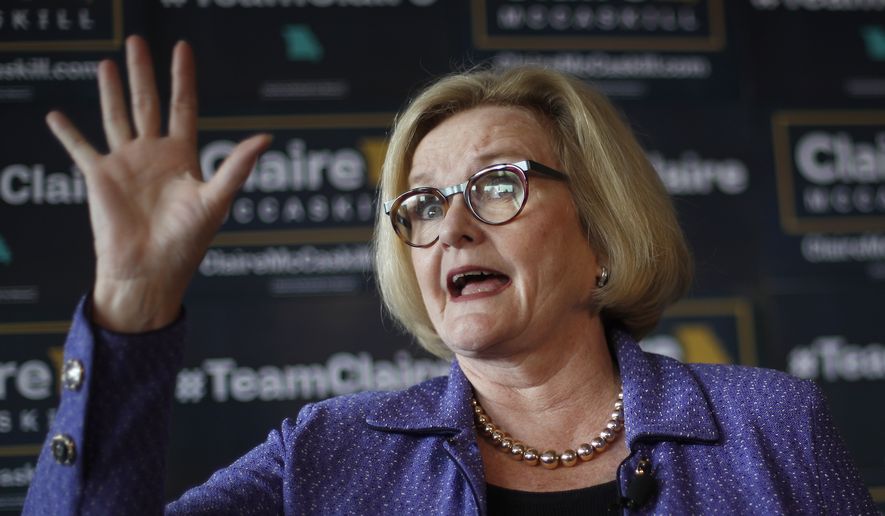 In the final stretch of a tight Senate race in increasingly red Missouri, Sen. Claire McCaskill turned against her own party in a new campaign radio ad that declares she is “not one of those crazy Democrats.”

The unusual message has been hitting the airwaves in central Missouri for about a week, and it debuted as Republican challenger Josh Hawley’s internal campaign polls showed him taking a 7-percentage-point lead in a race that for months has been a dead heat.

The radio spot, which was first reported by CNN, features voices of two middle-aged men discussing the race. They take a few shots at Mr. Hawley for being a “man in a hurry” and spending to much time at the gym before turning their attention to the two-term incumbent.

“I don’t always agree with Claire McCaskill but she works hard, fighting against those tariffs, doing all those town halls,” the first man says. “Claire’s not afraid to stand up against her own party.”