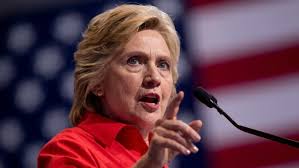 Hillary Clinton is getting hammered for saying on “Fox News Sunday” that FBI Director James Comey confirmed her statements on her email scandal were “truthful” – with one prominent fact-checker giving the claim four “Pinocchios.”

The former secretary of state cited Comey when asked to account for her repeated claims that she never sent or received material marked classified on her personal email account. When host Chris Wallace noted that Comey said those things were not true, Clinton disagreed.

“That’s not what I heard Director Comey say … Director Comey said that my answers were truthful and what I’ve said is consistent with what I have told the American people, that there were decisions discussed and made to classify retroactively certain of the emails,” she said.