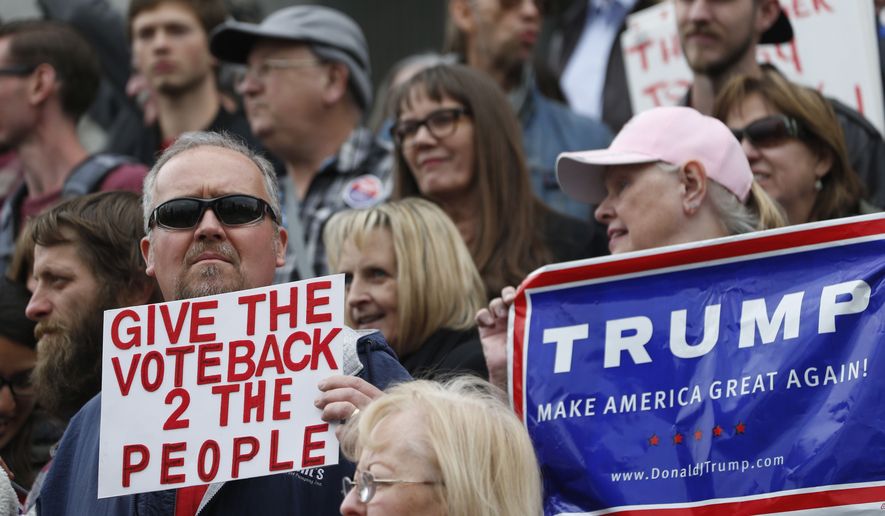 The Colorado protest organized by frustrated supporters of Republican presidential front-runner Donald Trump didn’t quite live up to the hype.

The crowd fell fall short of the thousands predicted after Mr. Trump denounced the Colorado Republican Party last week for what he described as a “rigged” and “crooked” process.

Delegates elected at the March 1 caucuses competed for the 34 delegate slots at last weekend’s convention in Colorado Springs, which was attended by about 4,000 Republicans, but Trump backers insisted they were disenfranchised.