by By Jessica Chasmar - The Washington Times
September 21, 2018 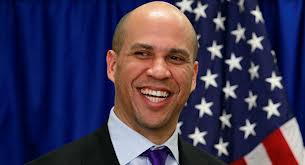 A 1992 column by now-Sen. Cory Booker detailing his “groping” of a high school friend has resurfaced as he pushes to delay Supreme Court nominee Judge Brett Kavanaugh’s confirmation hearings over a sexual assault allegation.

In the 1992 column for The Stanford Daily, then-Stanford University grad student Mr. Booker wrote about the New Year’s Eve incident in 1984 that he will “never forget.” In the column, titled, “So much for stealing second,” Mr. Booker said he was 15 when he fondled an intoxicated female friend.

“With the ‘Top Gun’ slogan ringing in my head, I slowly reached for her breast,” he wrote. “After having my hand pushed away once, I reached my ‘mark.’ Our groping ended soon and while no ‘relationship’ ensued, a friendship did. You see, the next week in school she told me that she was drunk that night and didn’t really know what she was doing.”

Mr. Booker said he was conditioned to believe that sex was “a game,” and that hooking up was best achieved through “luck, guile, strategy or coercion,” and lots of alcohol. He wrote about how his attitude toward sex dramatically changed after just a couple years at Stanford, and how his work as a peer counselor listening to the “raw truth from men and women discussing rape” was a real “wake-up call” for the future senator.