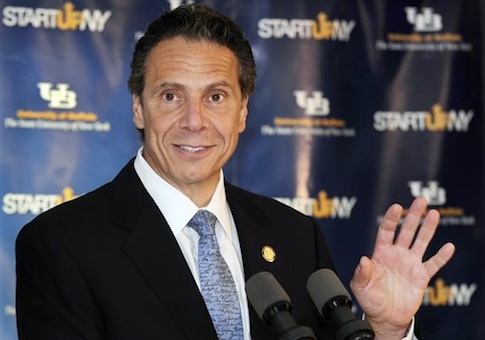 Cuomo published an op-ed in the Thursday New York Times calling for a substantial hike to the starting wage paid to fast food workers. Capital New York found that he relied heavily on the words of the National Employment Law Project, a pro-union activist group that is listed as a recipient of the Democracy Alliance, as well as other Democratic think tanks and liberal political apparatus.

The governor wrote in the Times, “More than 600 economists, including seven Nobel Prize laureates, have affirmed the growing consensus that raising wages for the lowest-paid workers doesn’t hurt the economy.”