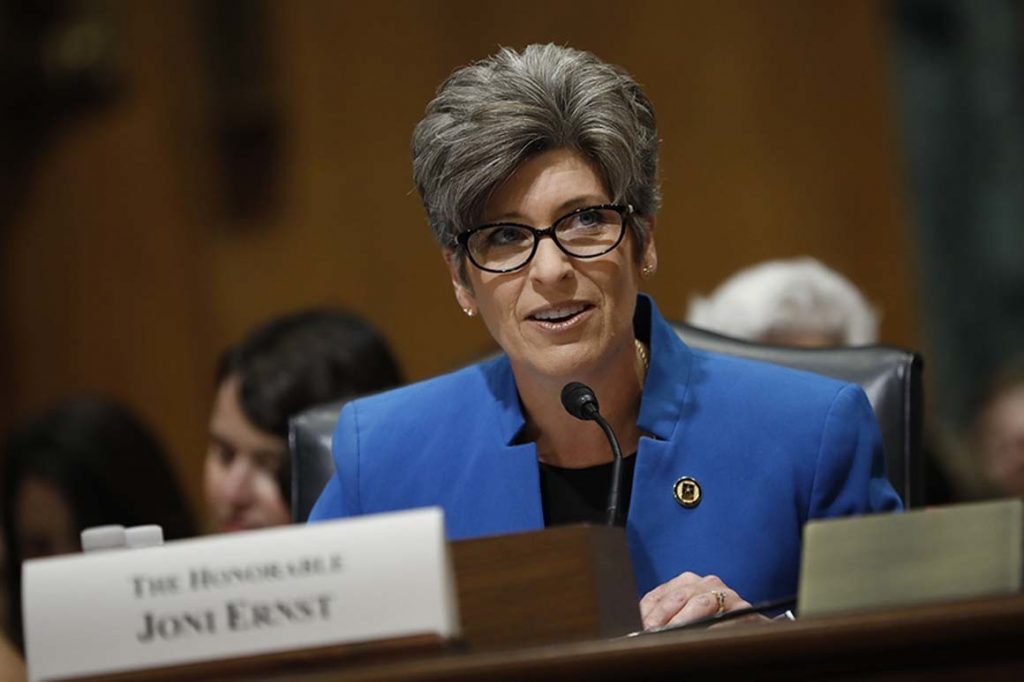 A Democratic nonprofit organization shelling out what gets derided as “dark money” when spent by Republicans is investing heavily to defeat Iowa Sen. Joni Ernst, even though she is not one of the most endangered Republicans running for reelection.

Iowa Forward, which can accept donations in unlimited amounts without revealing its donors, has spent or reserved for future spending nearly $1 million in advertising critical of Ernst, a first-term incumbent.

“Liberal special interests have always opposed Joni because she refuses to back down in the face of their socialist agenda,” Ernst campaign spokeswoman Brook Ramlet said.

Republicans are bullish on Ernst, who has absorbed perhaps more enemy fire than any other GOP senator running for reelection. Iowa Forward accounts for most of that, although a couple of other Democratic-aligned groups, Majority Forward and Midwest Victory PAC, have chipped in. Ernst could face Democrat Theresa Greenfield, who has the support of her party’s establishment, in the general election.