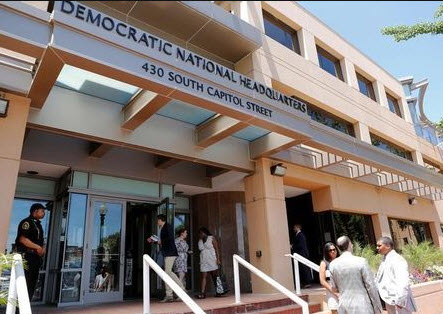 WASHINGTON – Leading Democrats are growing increasingly worried that the hackers who made public leaked documents this week were trying to sabotage the Democratic candidates in several central Florida congressional races, the first time such leaks have been targeted so directly.

Two sources familiar with Democratic Party investigations of recent cyber attacks said documents made public this week by the hacker known as Guccifer2 contained information that could damage Democratic candidates in competitive Florida contests for the U.S. House of Representatives.

The documents, hacked from the Democratic Congressional Campaign Committee (DCCC), which raises funds for the party’s House candidates, are detailed dossiers describing the Florida candidates’ backgrounds, including personal details, as well as political, economic and demographic profiles of the strategic congressional districts.

Since 1996, the parties winning the counties in the Interstate 4 corridor between Orlando and Tampa, where several of the targeted districts are located, have won the presidency.

Many of the state’s moderate swing voters live in the I-4 corridor, and if Republican voters there turn out in force, it could cut into the vote for Democratic presidential candidate Hillary Clinton.The DCCC was one of several Democratic Party organizations, including the Democratic National Committee (DNC) and Hillary Clinton’s presidential campaign, that have been hacked, but the Democratic Party sources said they did not know who might have helped the hackers select the Florida races to target, or what the hackers were trying to accomplish.