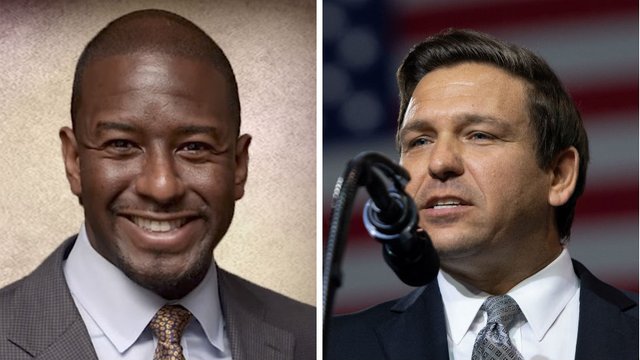 Ahead of his first debate with Democrat Andrew Gillum Sunday, GOP governor nominee Ron DeSantis had some strong words — for CNN.

DeSantis’ campaign went off on the network for releasing a “misleading” poll hours before the 8 p.m. event showing Gillum up 12 points in the race for governor. The poll, conducted by SSRS, showed Gillum with 54 percent support to DeSantis’ 42 percent, with a margin of error of 4.2 percent. It also had U.S. Senator Bill Nelson leading Gov. Rick Scott by a 50 to 45 margin.

Both results are outliers in what otherwise have been shown as tight races.

A Real Clear Politics average of polls in the U.S. Senate race has Nelson ahead by 1.3 points. In the race for governor, Gillum has been consistently ahead in public polling. Yet polls over the last three weeks have shown Gillum ahead by only one or two points, and DeSantis’ campaign said Sunday that their own internal polling has the Republican up two.