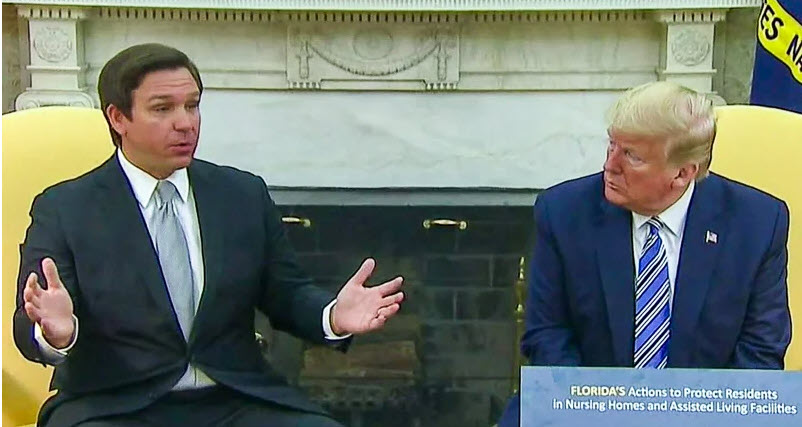 Florida Gov. Ron DeSantis said an announcement about when he would be reopening the state would be coming on Wednesday. His current stay-at-home order expires Thursday, but the governor has yet to put a hard date on when the state might begin resuming normal activities, saying it will be a methodical approach.

DeSantis made the statement Tuesday during an Oval Office meeting with President Trump, who praised the governor for doing a “spectacular job in Florida.” Trump said DeSantis, who is a strong supporter of the president, “enjoys very high popularity,” according to the White House pool report.

DeSantis said Florida’s fatality rate has been lower than people would have expected and touted the number of tests performed in the state.

The meeting and look ahead to Wednesday’s announcement came as Florida saw the largest single day of reported deaths Tuesday with state numbers from the Department of Health now showing 32,846 positive COVID-19 cases and 1,171 deaths from more than 368,000 tests performed.