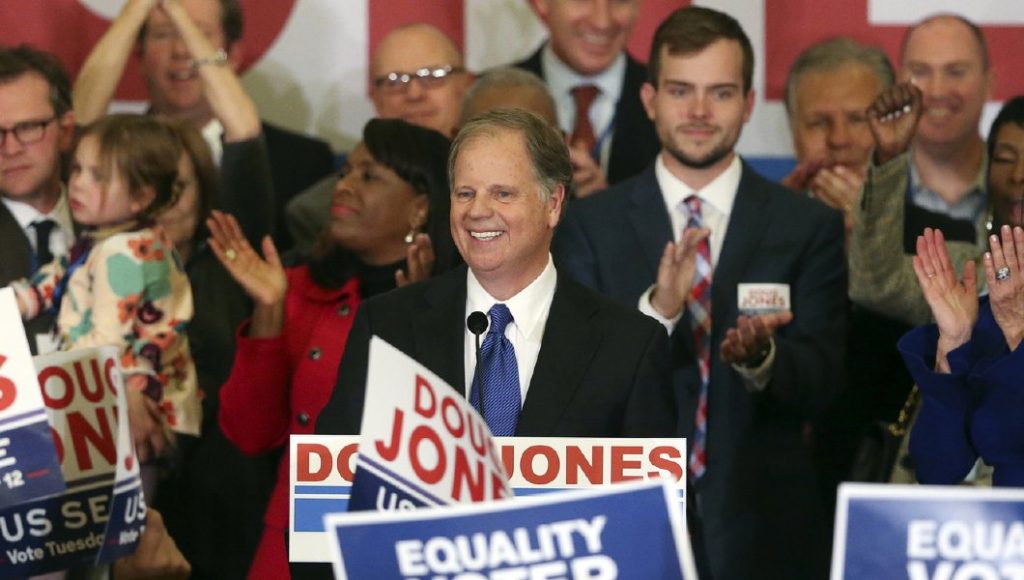 Sen. Doug Jones kicked off his bid for reelection today with a campaign event at the B&A Warehouse in downtown Birmingham.

“There’s simply not enough words to describe how honored I am to be your United States Senator,” he told a packed crowd at the warehouse, after walking on stage to the John Fogerty song “Centerfield.”

Some of Jones’ biggest applause moments came when he spoke of “common sense” gun reform, supporting increased voting access, and supporting a woman’s right to choose when she wants to become a mother.

Jones also talked about events that have landed Alabama in the national spotlight recently, including Gov. Kay Ivey’s admission earlier this month that she’d appeared in a blackface skit in the 1960s.