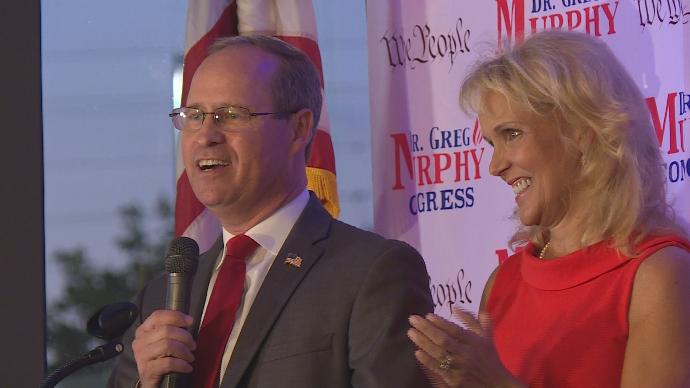 Dr. Murphy said, “It’s a moment of relief. We had a great team working hard. It shows outside money and influence poured in didn’t work and we combated it with grassroots campaigning and that’s what the people responded to.”

Murphy also said he received a call from Vice President Mike Pence who said they pledge their full support to ensure a win.