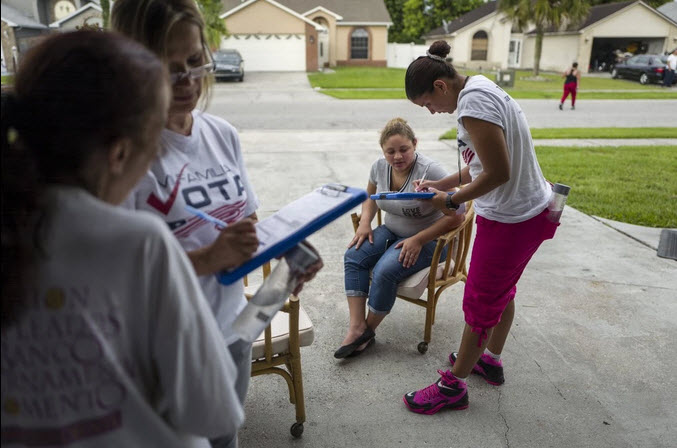 KISSIMMEE, Florida — Puerto Rico’s economic crisis meant Jeffrey Rondon, 25, struggled to find even part-time work, so he recently joined the growing exodus from his Caribbean island to Florida. Now he holds a full-time restaurant job and something that could upend the 2016 presidential election — the right to vote in Florida, the biggest of all swing states.

“It’s important to vote and be heard — it’s a privilege,” said Rondon, who is one of thousands of Puerto Ricans who have moved to Florida in the past year.

As U.S. citizens, Puerto Ricans are relatively easy to register to vote, and they are attracting unprecedented attention because they could change the political calculus in a state that President Obama won by the thinnest of margins in 2012: 50 percent to 49.1 percent.