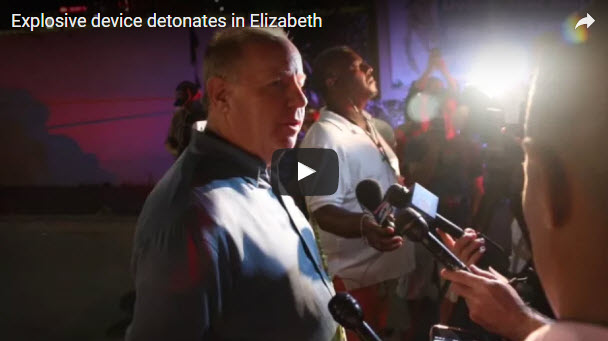 ELIZABETH — An improvised explosive device in a backpack detonated near the Elizabeth train station early Monday as authorities were using a bomb robot to examine the item, officials said.

The blast occurred around 12:40 a.m. near Morris Avenue and Julian Place. The explosion was not a controlled blast, but happened unintentionally as the robot was cutting the device, according to Mayor Christian Bollwage. No one was injured in the blast, Bollwage said.

The incident unfolded after two men found the backpack in a waste basket on North Broad Street and Julian Place around 8 p.m. Sunday, the mayor said.