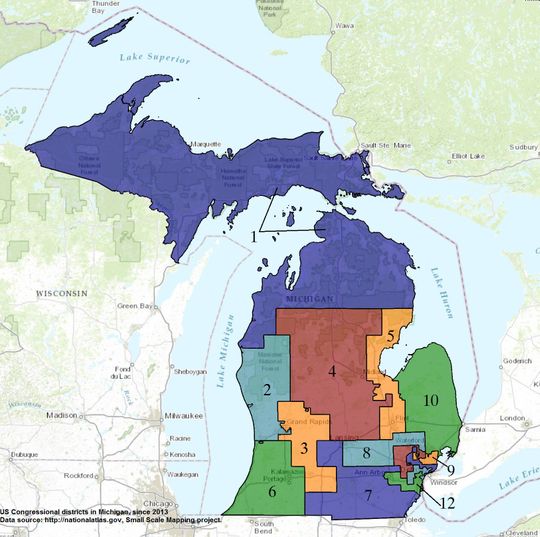 Detroit — Michigan must redraw legislative and congressional districts for the 2020 election because current maps drawn by Republicans represent a political gerrymander “of historical proportions,” a three-judge federal panel ruled Thursday.

The blockbuster ruling — which a legislative leader said Republicans will appeal to the U.S. Supreme Court — requires Michigan to conduct special state Senate elections for certain seats next year, cutting in half the four-year terms that current lawmakers are now serving.

The “predominate purpose” of the redistricting plan approved by the Michigan Legislature in 2011 “was to subordinate the interests of Democratic voters and entrench Republicans in power,” said the unanimous decision written by U.S. Circuit Judge Eric Clay, an appointee of Democratic President Bill Clinton.

“Therefore, the enacted plan constitutes a durable partisan gerrymander” that violates the First and 14th Amendment rights of plaintiff voters, the court concluded.