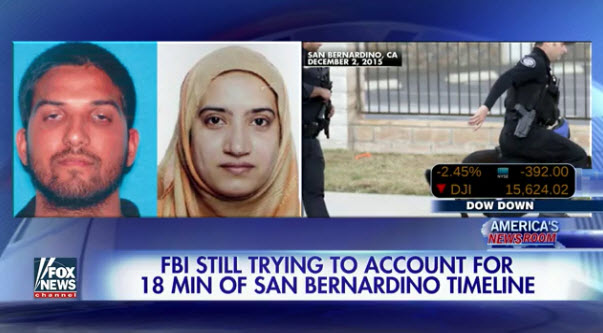 FBI investigators have been unable to find a missing hard drive or crack the encrypted codes of the jihadist couple behind last month’s terror attacks in San Bernardino, Calif., sources told Fox News.

The two cell phones used by homegrown terrorist Syed Farook and his foreign bride Tashfeen Malik before the Dec. 2 attack, which left 14 dead and 22 injured, are highly encrypted, Assistant Director in Charge of the Los Angeles Field Office David Bowdich told Fox News in an exclusive interview, and the pair also attempted to destroy the devices.

Information on the phones could contain the key to exposing the radical Muslim couple’s potential terrorist network connections and other illicit activities.