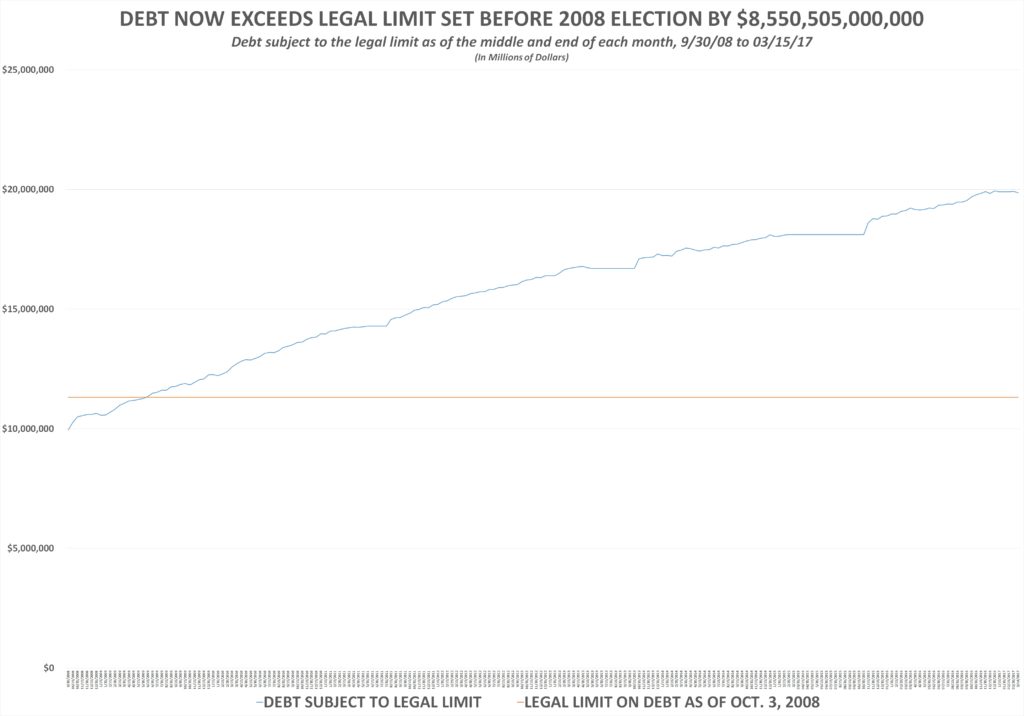 Since President Barack Obama signed the “Bipartisan Budget Act” on Nov. 2, 2015 there had been no legal limit on the amount of money the federal government could borrow until now. That law included a section entitled “Temporary Extension of Public Debt Limit.” It said that the law imposing a limit on the federal debt “shall not apply for the period beginning on the date of the enactment of this Act and ending on March 15, 2017.”