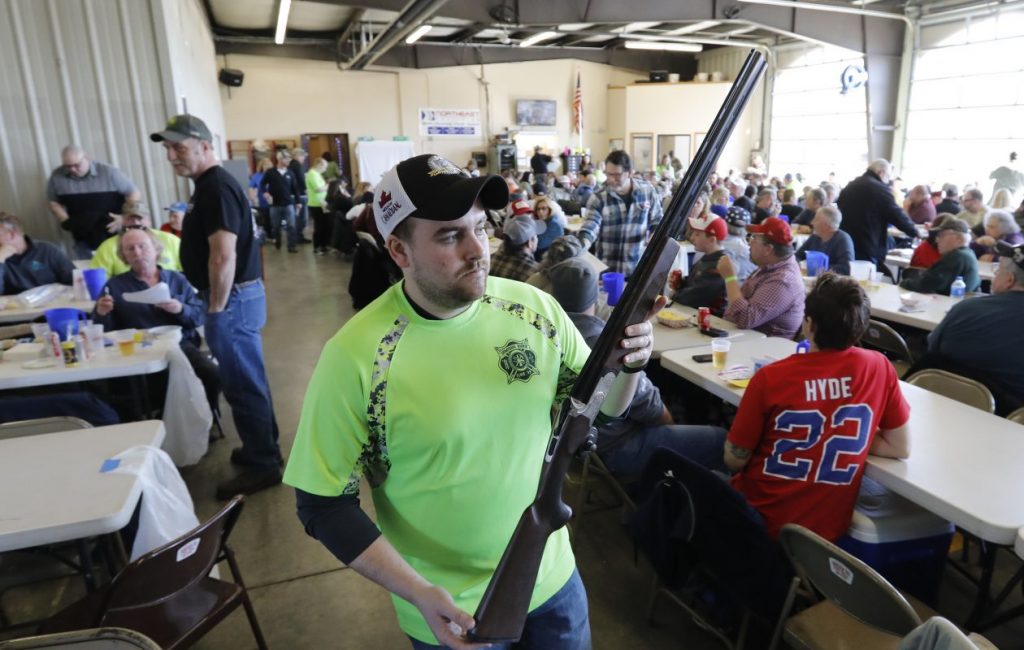 A State Assembly bill to ban charity gun raffles is not scheduled for a vote and lacks a Senate companion bill. Yet local gun owners say they are still alarmed by what they see as an all-out assault on their right to own weapons.

“I think it stinks,” said Mark E. Fraunfelder, an East Aurora firefighter, at a Saturday gun raffle in Elma. “It’s a great way to raise money, and they’re trying to take it away from us. All the different laws they’ve passed – they’re just trying to take our guns.”

“The governor is just running roughshod over the whole state,” echoed fellow attendee Ken King. “He just gets whatever he wants now. … Once the Republicans lost the Senate, he’s got no one challenging him.”

These are anxious times for many gun owners in New York State, who say they feel besieged by a ream of new and wide-ranging gun control laws. Since Democrats took control of the State Legislature in the November elections, they have passed bills banning bump stocks, lengthening background check waiting times and requiring gun owners with young children to lock up their firearms.