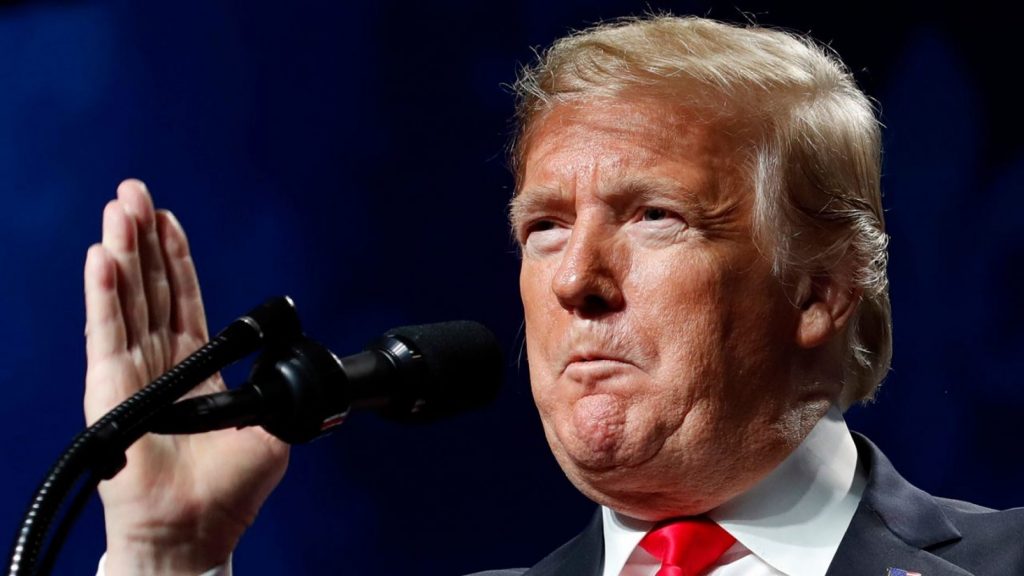 A Florida middle school teacher has been reassigned after an online quiz question for students referred to President Trump as an “idiot.”

The School District of Palm Beach County opened an investigation into the incident at Watson B. Duncan Middle School after a child told her father about the question and he then alerted administrators, WPTV reported.

The four choices were Donald Trump, Ronald Reagan, Richard Nixon, and Jimmy Carter. Trump is the 45th U.S. president, won the Republican nomination in 2016 and was globally known for his real estate empire before entering politics.

“This was an actual question on my daughter’s middle school test today. Furious. Going to raise some hell with the principle. Indoctrination will not continue. (See word “idiot” at the end of our presidents multiple choice answer). Not having it!” the parent posted to Twitter.

The question has since been removed from the quiz, the station reported.

In a letter to parents Wednesday, Duncan Principal Philip D’Amico said “the question was inappropriate and demonstrated an unacceptable lack of good judgement on the part of the teacher.”

He added “an investigation is now underway, and the teacher has been reassigned during this process.”

Messages to Quizlet, the software program students used to take the quiz, were not immediately returned.