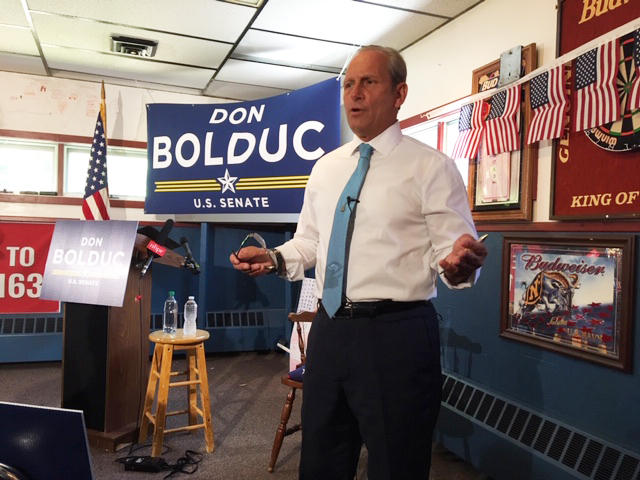 Retired Brig. Gen. Don Bolduc announced Monday that he would run for the U.S. Senate in New Hampshire against Democratic incumbent Jeanne Shaheen, setting up what may be one of the marquee congressional races of 2020.

Bolduc, who spent 32 years in the Army, said at his announcement that the current leadership in Washington haven’t secured the border, addressed student debt, or ended the opioid crisis. Although Bolduc is running as a Republican, he did not refer to President Trump in his speech.

Bolduc told the crowd that he has nothing against Shaheen, who has been in the Senate since 2009, but that “she has been a part of failed leadership in Washington for too long.” Bolduc also said that he would not “engage in personal destruction” as a candidate.

In an interview with CBS News, the two-time purple heart recipient applauded Mr. Trump’s decision not to retaliate against Iran after they shot down a U.S. drone. “Two words,” the former Brigadier General said. “Effective leadership.”