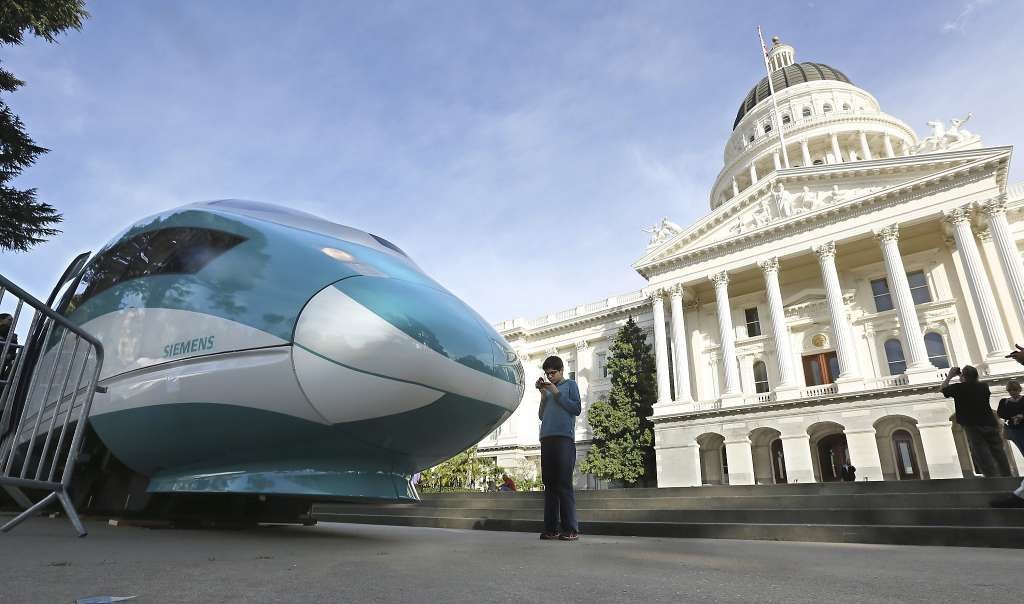 During Gov. Gavin Newsom’s first State of the State speech Tuesday, he surprised listeners by announcing he would put the quest for high-speed rail connecting San Francisco and Los Angeles championed by his predecessor far on the back burner.

Instead, Newsom offered a consolation prize: high-speed rail between Bakersfield and Merced.

“Let’s level about the high-speed rail,” Newsom said. “Let’s be real, the current project as planned would cost too much and, respectfully, take too long. Right now, there simply isn’t a path to get from Sacramento to San Diego, let alone from San Francisco to L.A. I wish there were.”

Recent estimates assessed former Gov. Jerry Brown’s plan would be cost about $77 billion and be completed in 2033. Newsom then pivoted to his alternate proposal, to instead connect the two Central Valley cities, 160 miles apart.