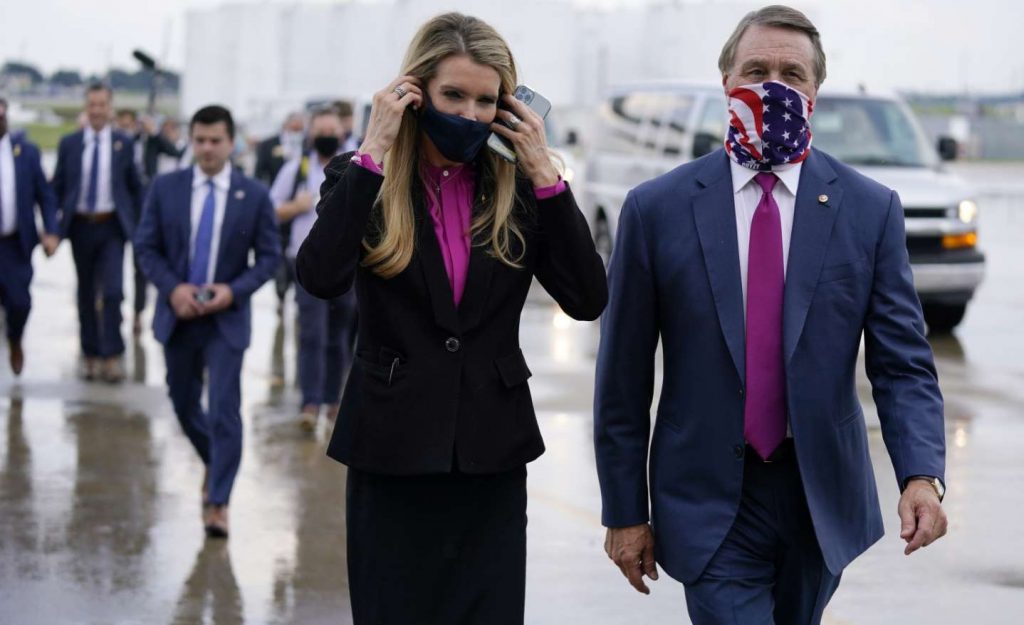 Republican Sens. David Perdue and Kelly Loeffler are embroiled in razor-thin contests with their Democratic challengers in a pair of runoff campaigns in Georgia that will determine the fate of the Senate majority, according to a new poll.

Perdue, running for a second term, is tied with Democrat Jon Ossoff at 49%, with 2% undecided. Loeffler, appointed to the Senate in January by Republican Gov. Brian Kemp, trails Democrat Raphael Warnock 49% to 48%, well within the polls’ 3.5 percentage-point margin of error and with 3% undecided.

Republicans finished the Nov. 3 election with 50 Senate seats. But if the Democrats win both Georgia runoffs on Jan. 5, they will capture the majority by virtue of Vice President-elect Kamala Harris’s tie-breaking vote. Both campaigns are expected to be competitive. Georgia emerged as a battleground this year, with President-elect Joe Biden becoming the first Democrat to win the state’s Electoral College votes since 1992.

“The challenge for the two Republicans will be how to hold on to the over 10% level of support they have from African American voters while at the same time trying to convert suburban Atlanta white voters who have drifted away from the GOP,” Insider Advantage Chairman Matt Towery told Fox Five Atlanta.

The poll of 800 registered voters, in which the same voters were asked about each race, was conducted on Monday for Fox Five Atlanta by Insider Advantage. Although public and private opinion polls had a spotty record in the general election, the surveys of Georgia voters, showing a toss-up race between Biden and President Trump, were fairly accurate.

Biden is on track to win Georgia by approximately 12,000 votes after a statewide hand recount concludes. But Trump is refusing to accept the results, claiming massive voter fraud and other malfeasance with mail-in ballots. The president has lashed Kemp for not taking action on his behalf. “Wow! Governor Kemp will hopefully see the light before it is too late,” he tweeted.

In the Insider Advantage poll, just 37% give the governor positive marks, with 44% disapproving and 19% saying they were unsure.