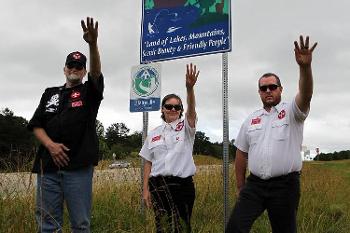 Dismissing an appeal on a technicality, Georgia’s highest court granted a victory to a Ku Klux Klan group that has been seeking for years to participate in a highway cleanup program.

The Georgia Supreme Court on Tuesday rejected the state’s appeal of a lower court decision that the state had violated the KKK group’s free speech rights. The Department of Transportation filed its appeal incorrectly, leaving the high court without authority to consider its merits, the opinion said.

The state attorney general’s office, which represents the department, is reviewing the decision and considering its options, spokesman Nicholas Genesi said in an email.

The north Georgia KKK group applied to join the state’s Adopt-A-Highway program in May 2012, hoping to pick up litter along part of Route 515 in the Appalachian Mountains. The program was started in 1989 to get volunteers to clean up sections of roads in the state. In exchange, the Department of Transportation posts a sponsorship sign along the road with the program logo and the volunteer group’s name.