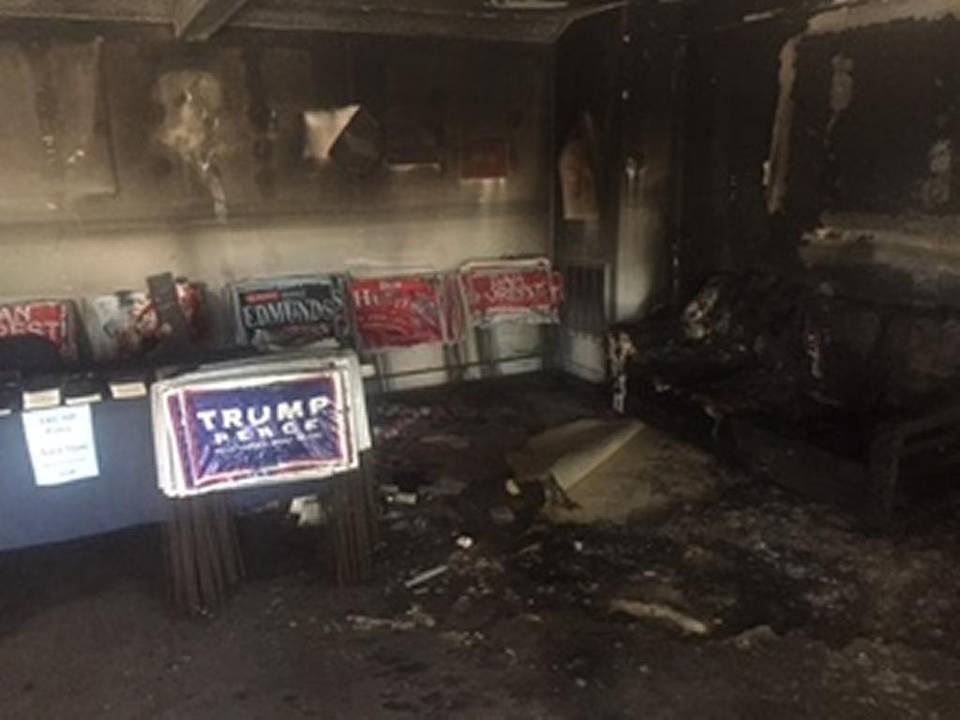 Gov. Pat McCrory Sunday called the weekend firebombing of a North Carolina Republican headquarters “an attack on our democracy,” while one GOP official called it an act of “political terrorism.”

Hillsborough police said somebody threw a bottle of flammable liquid through the window of Orange County’s GOP headquarters, setting campaign signs, supplies and furniture ablaze before burning itself out.

A swastika and “Nazi Republicans get out of town or else” were spray painted on the side of an adjacent building. No damage estimates were available.

“The firebombing of a local political headquarters in Orange County is clearly an attack on our democracy,” McCrory said in a statement. “Violence has no place in our society – but especially in our elections. … I will use every resource as governor to assist local authorities in this investigation.”