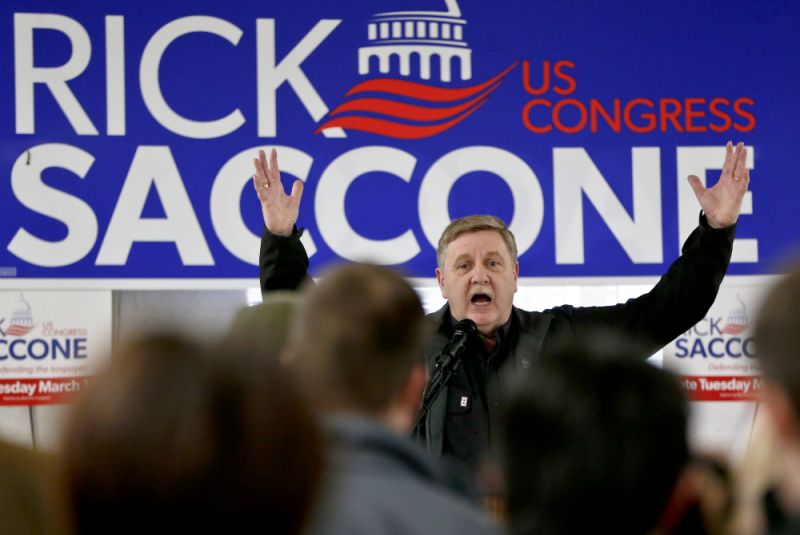 CANONSBURG, Pa. — Republicans are rushing to avoid a crushing defeat on Tuesday in Pennsylvania, where a Democrat looks poised to win an upset special election victory deep in Trump country six months before the midterm elections.

President Trump’s son, Donald Trump Jr., traveled to the district Monday in an attempt to boost Republican House candidate Rick Saccone, while Democrat Conor Lamb spent the last days before the election rallying the union workers who are seen as key to his victory.

Trump Jr.’s appearance at two Saccone events Monday is indicative of the GOP’s all-out effort to hang on to the district. President Trump held a rally nearby over the weekend, a handful of key administration officials have visited the district in recent weeks and Republican outside groups have dropped more than $10 million into the district.

But the latest polls show Lamb closing in on Saccone — or even passing him. Trump won the district by 20 points in 2016, but a new Monmouth poll released Monday showed Lamb leading.