Gov. Bevin signs bill that would block the BDS movement 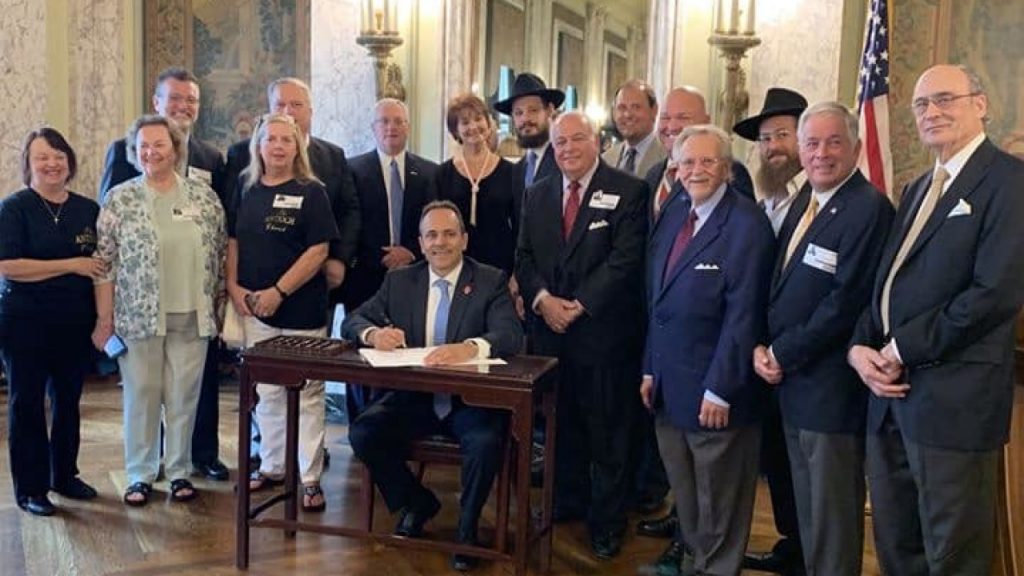 Gov. Matt Bevin signed Senate Bill 143, a law which will allow the Commonwealth to refuse to do business with companies that boycott other countries with which Kentucky has open trade, into law Tuesday.

The bill was supported by local Jewish leaders who say it will prevent openly antisemitic businesses from operating in the state.

Bevin was joined by Congressman Andy Barr, Rabbi Shlomo Litvin of Chabad of the Bluegrass and Kentucky State Senate President Robert Stivers as he signed SB143. The bill was born from an executive order aimed at companies engaged in the Boycott-Divest-Sanctions movement.

The BDS movement is a Palestinian led boycott of companies that support Israel.