by Jeffrey Schweers, Florida Society of News Editors
May 30, 2019 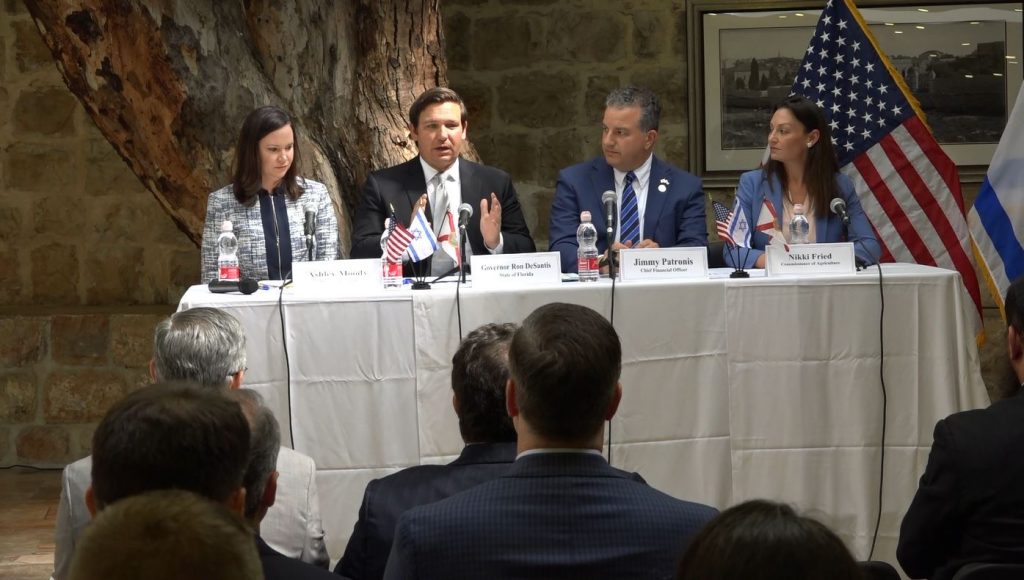 JERUSALEM – Florida’s historic Cabinet meeting in what turned out to be an annex of the new U.S. Embassy in Jerusalem went off with only minor technical glitches, and got personal for the only Jewish member, Nikki Fried, Florida’s Agricultural Commissioner.

“This is launching off the Jerusalem leg of our trip,” Gov. Ron DeSantis said afterward, adding that the delegation was going to the City of David on Thursday. “I think it was really strong.”

The cabinet meeting, Florida’s first ever held outside of the country, was met with a last-ditch lawsuit filed by the First Amendment Foundation and some of Florida’s largest news organizations, including the Herald-Tribune, alleging DeSantis and his cabinet of “willfully” violating Florida’s Sunshine Law by holding a meeting of the state’s highest officials in Israel during a trade mission. The suit was dismissed because the governor and his cabinet members could not be served.

Earlier Wednesday DeSantis called the arguments in the lawsuit “totally baseless.”
Just before the meeting, the media and other attendees had to go through a security check at the street entrance that required attendees to turn over their passports for visitor badges. The group was then escorted through the grounds of the former consulate building to a skylit room with stone columns that used to be the chapel of a monastery. The room was named after Thomas C. Wasson, the first ambassador to Israel who was shot to death in 1948 while crossing the street.