Gretchen Whitmer fires back about State of the State dress criticism 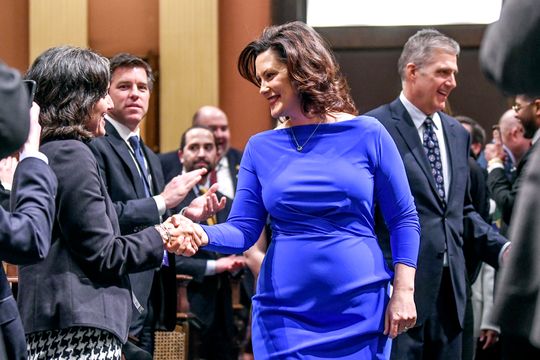 Gov. Gretchen Whitmer took to Twitter on Thursday to fire back at a Detroit television station that aired a story about the reaction to the blue dress she wore for her Tuesday night State of the State address.

In a series of three tweets, she said:

“Boys have teased me about my curves since 5th grade. My mom said “hold your head high and don’t let it bother you.” That @FOX2News story was way out of line. I’m tough, I can take it.

“In my speech I was encouraging people to see the humanity in one another in this cruel political environment. In an era when so many women are stepping up to lead, I’m hoping people will focus on our ideas and accomplishments instead of our appearance.