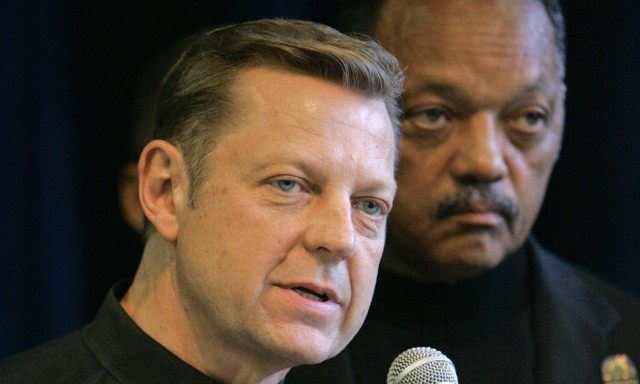 An activist Chicago Catholic priest is trying a new tactic in his quest to stamp out the Second Amendment in Illinois. Now he is suing several nearby suburbs surrounding Chicago claiming that they are aiding and abetting the sale of illegal guns in Chicago.

Activist priest Father Michael Pfleger and a handful of co-plaintiffs are suing the suburban cities of Riverdale, Lyons, and Lincolnwood claiming that the municipalities are somehow allowing neighborhood gun shops to break laws with sales. These activists also claim in their lawsuit that the surrounding suburbs are in violation of the Illinois Civil Rights Act.

One of Pfleger’s claims is that the cities are allowing “straw purchases” to be carried out at gun shops in their jurisdictions.