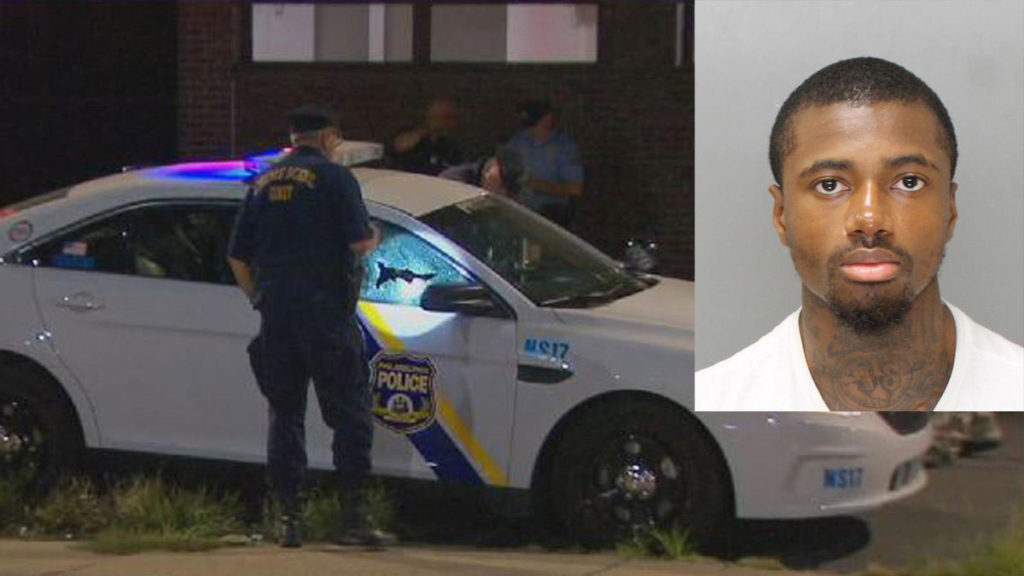 he lone gunman in a shooting that killed a woman and injured five people, including two police officers, wrote a rambling note, described as a “bunch of rantings” in the first person, officials said. The words he wrote on the envelope were “Doomed People.”

“Which apparently was meant for anyone he came across,” Philadelphia Police Commissioner Richard Ross said Saturday afternoon, about 15 hours after the now-dead suspect Nicholas Glenn shot his way across four blocks of Sansom Street late Friday. “Other than the rantings he had in that letter, we don’t know what he was motivated by. Unfortunately, we may never know.”

Glenn’s rampage left two police officers badly wounded, a young woman sitting in a car outside her home dead and three other bystanders wounded by gunfire.

Glenn, 25, allegedly mentioned his parole officer in the letter that police found after shooting him dead in an alley near 48th and Sansom streets. Ross said he has no apparent ties to any larger organization.

His rampage started about 11:20 p.m. Friday when he walked up to Sgt. Sylvia Young’s marked police cruiser on 52nd and Sansom streets. Young, who is assigned to the 22nd District, was working a patrol detail in the 18th District. As Young sat inside her vehicle, Glenn, armed with a 9mm handgun, opened fire at the driver’s side, police said.