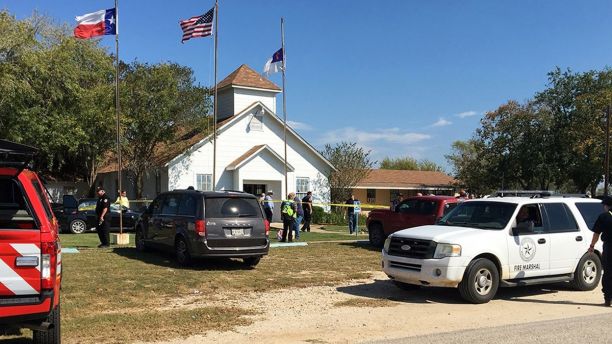 Devin Patrick Kelley, of New Braunfels, has been identified as the gunman.

Kelley walked into the First Baptist Church and began shooting around 11:20 a.m., before fleeing in a vehicle, Wilson County Sheriff Joe Tackitt said. Witnesses said Kelley was dressed in all black tactical gear and a ballistic vest and a Department of Public Safety official said he was carrying a Ruger ARb assault-type rifle.

Tackitt said Kelley was later found dead in the vehicle in Guadalupe County. The exact circumstances of his death are not known.