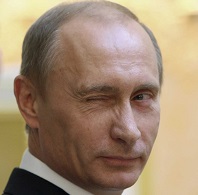 Some of President Obama’s email correspondence was swept up by Russian hackers last year in a breach of the White House’s unclassified computer system that was far more intrusive and worrisome than has been publicly acknowledged, according to senior American officials briefed on the investigation.

The hackers, who also got deeply into the State Department’s unclassified system, do not appear to have penetrated closely guarded servers that control the message traffic from Mr. Obama’s BlackBerry, which he or an aide carries constantly.

But they obtained access to the email archives of people inside the White House, and perhaps some outside, with whom Mr. Obama regularly communicated. From those accounts, they reached emails that the president had sent and received, according to officials briefed on the investigation.

White House officials said that no classified networks had been compromised, and that the hackers had collected no classified information…

Categories News Heard Around The World, Other News 1 | Tags: