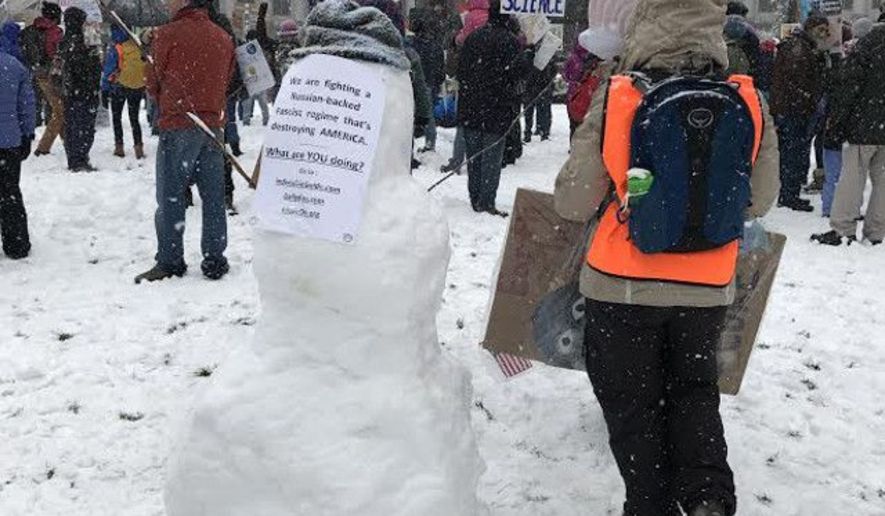 At least one of the People’s Climate March rallies scheduled for Saturday in Colorado was cancelled as a result of a major snowstorm, providing climate skeptics with a good chuckle.

The Colorado Springs march, one of 12 slated to take place in Colorado, was canceled late Friday after heavy snow began falling across the Front Range, with more than a foot accumulating in some areas, as reported by Western Wire.

“Sometimes Mother Nature throws you a curveball!” said the Colorado Springs Council for Justice in a Friday post 350 Colorado Springs. “We know we aren’t in the business of risking anyone’s safety.
Dangerous conditions and wet heavy snow in the forecast for tomorrow.”

More than 100 marchers braved the cold at a rally Saturday at Civic Center Park in Denver, where the snow was so heavy that someone was able to build a snowman, as shown in photos posted online.