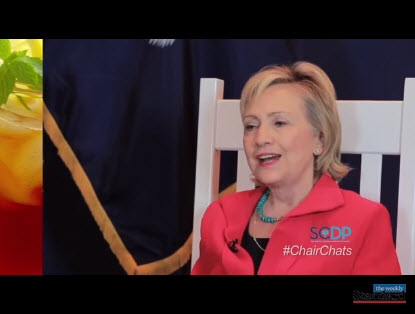 Hillary Clinton recently sat down for a “Chair Chat” with the chairman of the South Carolina Democratic party, Jaime Harrison. During the interview, as in many of her speeches to people who live in the South, she put on a Southern accent that is absent from her speeches to Northerners.

We made a mashup of some of the most painfully pandering moments, and ranked the intensity of her accent with cowboy boots (1 = lowest, 5 = strongest).