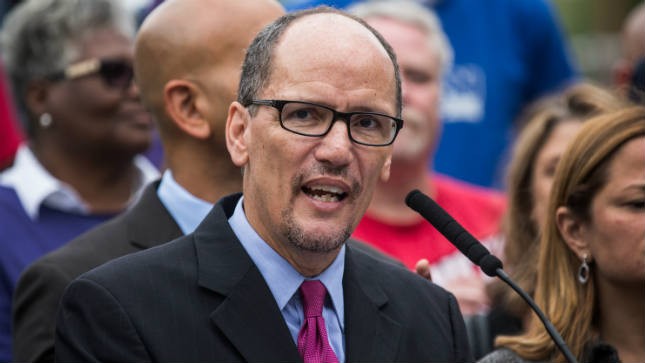 If nominated by President Obama and confirmed by the Senate, Perez would be the second Hispanic attorney general in American history.

“The CHC supported Tom Perez in his nomination to the Department of Labor, and the Caucus will continue to support him if he is formally nominated for the position of U.S. Attorney General,” CHC Chairman Rubén Hinojosa (D-Texas) said in a statement. “We hope Secretary Perez will be the president’s nominee of choice to head the Department of Justice.”

Perez, who previously ran the Justice Department’s Civil Rights Division, is one of the front-runners to succeed Eric Holder as attorney general. He has the backing of many other minority and civil liberties groups who view him as the best successor to push forward Holder’s civil rights legacy.