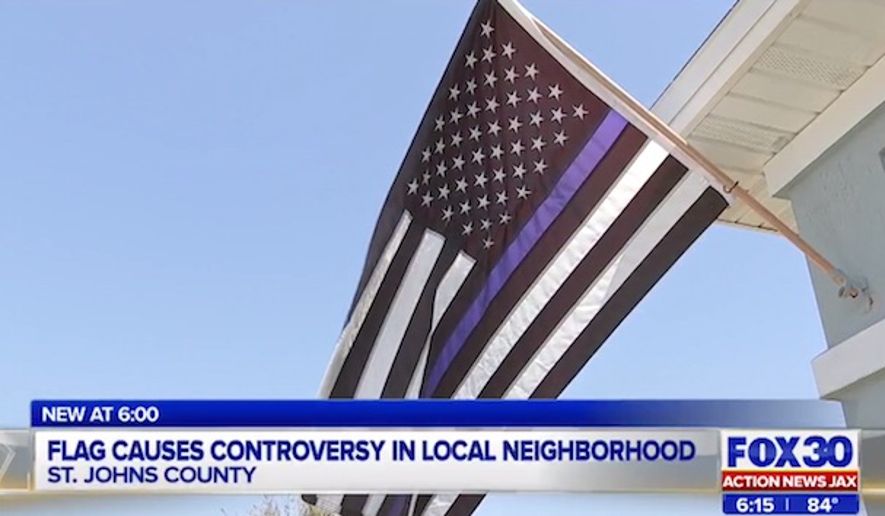 A Florida woman who has flown a pro-cop American flag outside her home for years was ordered to remove it from her property after it was deemed “racist.”

Jeff Gaddie of St. Johns County told a local Fox affiliate this week that his daughter has displayed a Blue Lives Matter flag on her front porch for years, but a recent complaint prompted her homeowners association to order its removal. She was told to put in an official request for permission to fly the allegedly “racist” flag and then was denied.

“She called [the HOA] to ask why,” Mr. Gaddiesaid Tuesday. “They told her they had received a complaint that it was considered racist, offensive and anti-Black Lives Matter.”