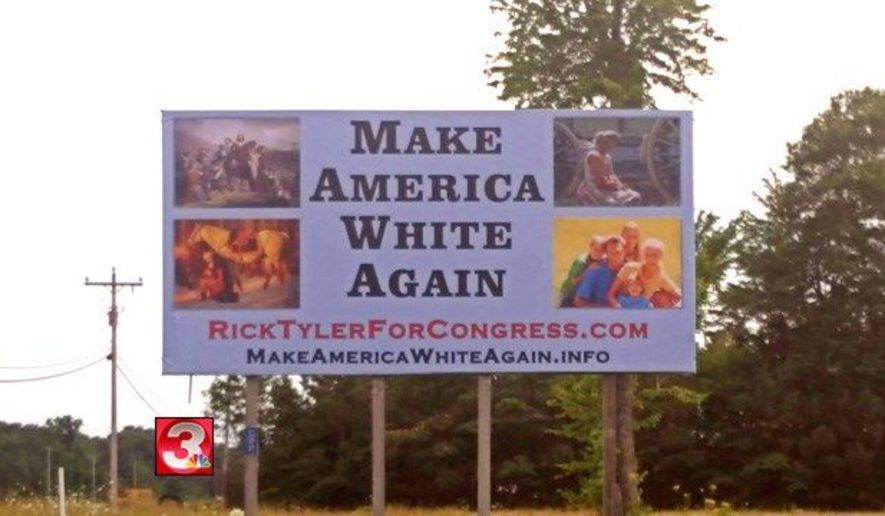 The sign, located off Highway 411 near Benton, was meant to convey the message that America should go back to a “1960s, ‘Ozzie and Harriet,’ ‘Leave it to Beaver’ time when there were no break-ins; no violent crime; no mass immigration,” Mr. Tylertold WRCB, a local NBC News affiliate.

“I believe the majority of the people in the county like [the sign],” he said. “I saw people taking pictures beside it right after I posted it.”

Mr. Tyler told a local ABC News affiliate that the sign was taken down on Tuesday evening after the story went viral. His restaurant, Whitewater Grille in Ocoee, is also facing calls for a boycott.