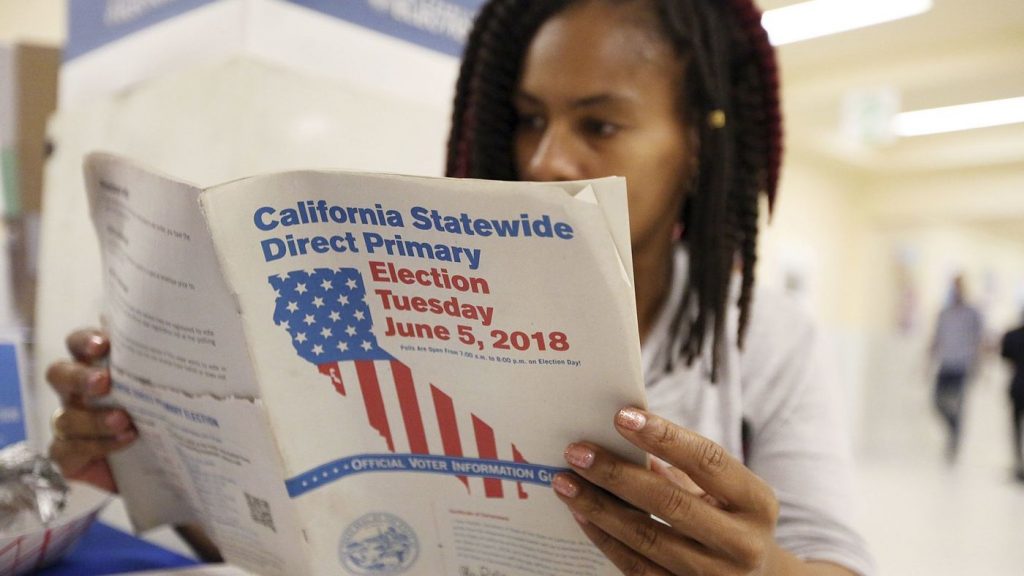 In a sign of how modest expectations have become of Californians actually casting ballots, elections officials and advocates alike found relief Monday in the final tally showing 37% of voters cast ballots in June — small compared with total registration but the highest for a nonpresidential primary since 1998.

Slightly more than 7.1 million voters participated in last month’s statewide election. Although it’s the third-highest number of ballots ever cast in a California primary — the record was set in 2000 — last month’s turnout was roughly equal to the average from similar elections since 1982.

Just hitting the historic benchmark, though, is notable. Four years ago, statewide primary turnout dropped to a record low 25%. The tone of that election season was far more tepid; this time, pockets of the Golden State heard the call to arms in a national partisan battle that energized at least some number of voters.

Also different than years past were new state laws designed to lower the barriers to participation. For whatever reason, be it frenzied politics or sober reforms, advocates said they hope June’s results are more trend than transitory.