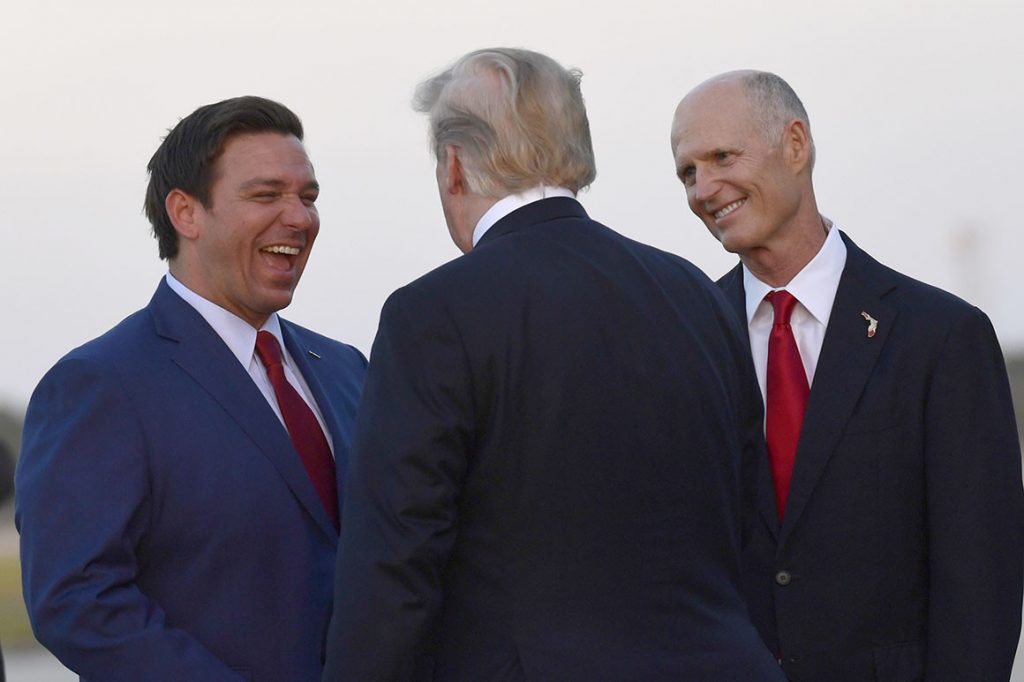 ESTERO — President Donald Trump on Wednesday night kicked off his final campaign rally blitz before the midterm elections by accusing the media of sowing division and stoking fears about illegal immigration.

Trump’s rally in Estero, just outside Fort Myers, was the first of 11 events he will hold across eight battlefield states over the next six days as he tries to bolster Republican turnout and counter Democratic enthusiasm heading into Election Day, which will determine whether the GOP retains control of Congress.

The president continued the grievance airing that has long been a fixture of his rallies, seizing on news reports about protests during his Tuesday visit to Pittsburgh, where he paid his respects to the 11 people killed at a synagogue in the worst anti-Semitic attack in U.S. history.

He said any protests there were small and far away from him, and he called reporting to the contrary “fake and make-believe.”

A small group of protesters was within earshot of Trump outside the synagogue, and hundreds more were kept blocks away by police. Some community leaders had asked Trump not to make the trip.