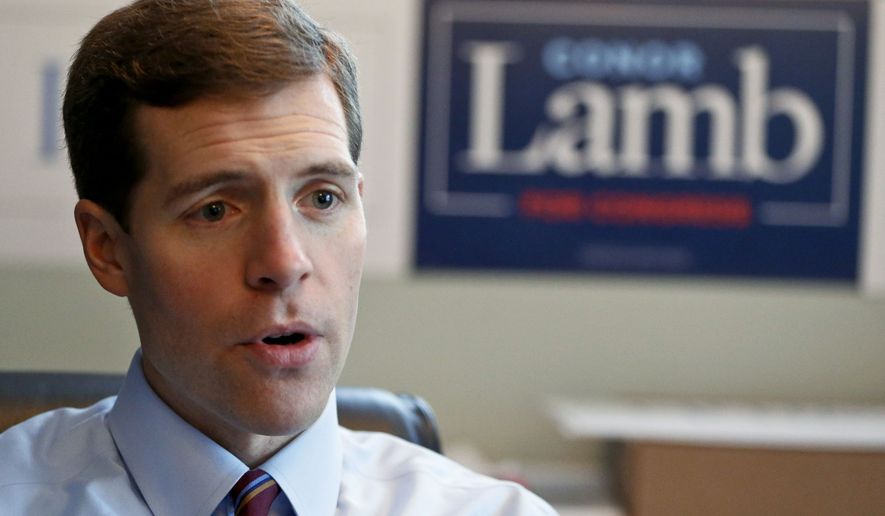 Democrats have tossed diversity overboard in favor of a white-guys-on-deck strategy in next week’s special congressional election between Conor Lamb and Republican Rick Saccone in western Pennsylvania, hoping to recapture some of the working-class white voters who have fled the party in recent years.

“The people that he has brought in are white males, and that is not necessarily the contemporary face of the Democratic Party, but still an important group within the party and one that in the 18th district with its demographics and being so overwhelmingly white is probably a pretty natural fit,” said Christopher Borick, political science professor at Muhlenberg College.

Democrats have been on an electoral roll since President Trump’s election, winning statehouse seats, a governor’s mansion and a Senate seat — but they’d failed to capture any House seats, despite coming close in several races last year.