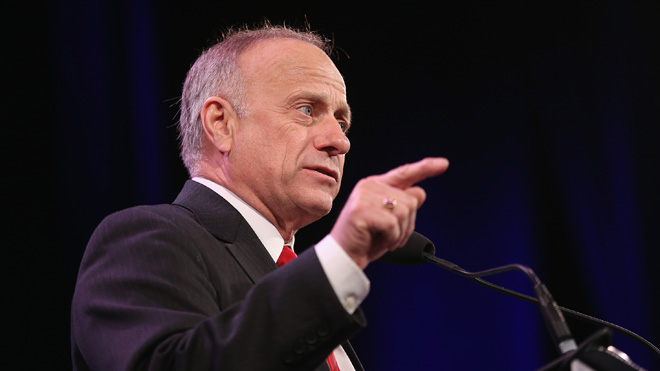 Rep. Steve King, the seven-term congressman known as the conservative kingmaker of Iowa, the first place in the nation where voters officially weigh in on presidential candidates, sees Sen. Ted Cruz’s recent rise in the state polls and feels validation.

King, whose support is diligently pursued by Republicans running for office, particularly the Oval Office, endorsed Cruz for president in mid-November.

“I’m happy about what I see,” King said in an interview with Fox News Latino. “When I see the poll results, everything I’ve seen says there’s one candidate that has serious momentum, and that’s Ted Cruz. I have people coming up to me at church Sunday night, at the reception after [the mass], saying they’re supporting Cruz. That comports with the polls I’ve seen of Iowa.”