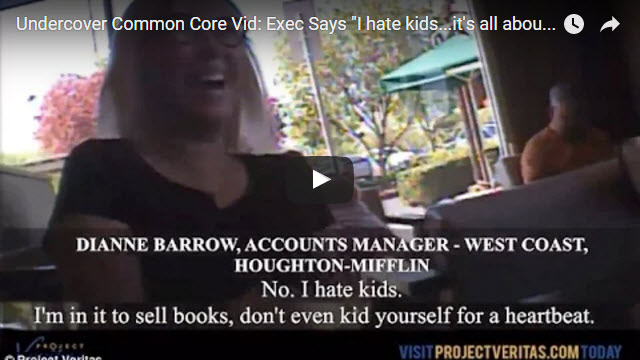 O’Keefe’s conservative Project Veritas on Tuesday released an undercover video where an executive at a publishing company said Common Core is “all about the money.”