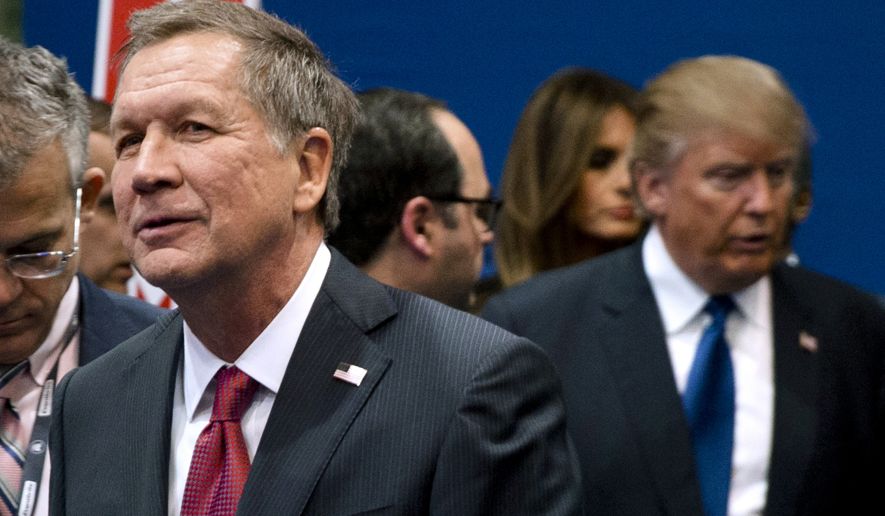 Speaking on CNN’s “State of the Union,” Mr. Kasich — who has refused to endorse Mr. Trump and remains one of the real estate mogul’s toughest Republican critics — said the candidate’s rhetoric remains too divisive and inflammatory for the majority of voters in his state. Ohio is seen as key to Mr. Trump’s chances of beating Democrat Hillary Clinton in November.”

“Can Trump win Ohio? He’s going to win parts of Ohio where people are really hurting … But I still think it’s difficult if you are dividing to be able to win in Ohio. I think it’s really, really difficult,” Mr. Kasich said.

The Republican governor and former presidential candidate also defended his decision last month not to attend the party’s nominating convention in Cleveland, saying he’s taking a principled stand in not supporting Mr. Trump.

“My actions have spoken louder than any words. And think about this: I want to know when anybody had a convention in their state when they were the governor who didn’t go into the convention hall,” Mr. Kasich said.

115 Comments - what are your thoughts?