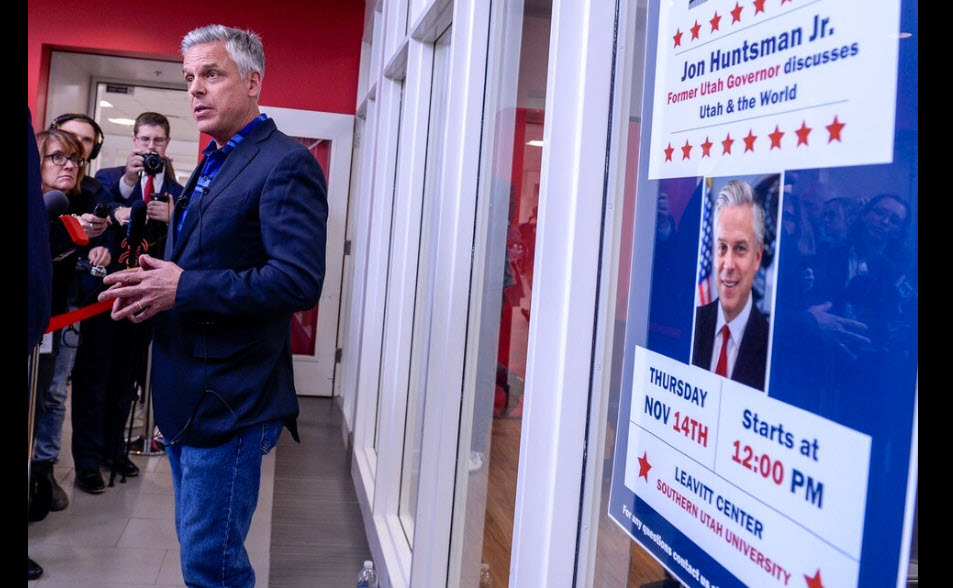 Now, he’s asking Utah’s voters to return him to what he calls “the best job in the world” — working as governor.

“For a very long time, we’ve served our country in the top two diplomatic posts in the world. Now we feel it is time to give back to our home state again,” Huntsman said on a campaign video posted Thursday morning. He’s vying for a third term as governor in the 2020 election, a little more than 10 years since he last held the post.

Rumors have been circulating for months that the former governor was considering another campaign — and, for many, his decision to relinquish his ambassadorship in Russia after two years to move back to Utah last month served as confirmation of his political intentions.